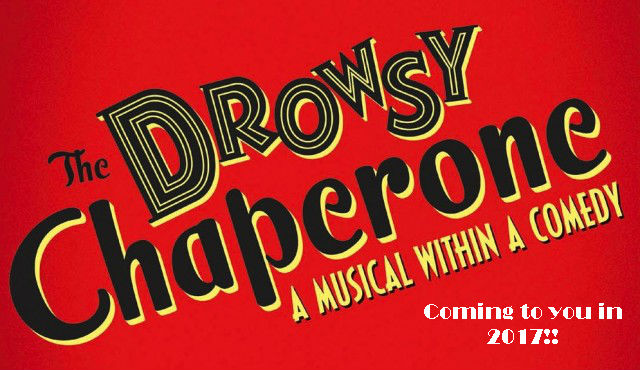 The curtain rises on a present-day musical theatre fanatic eager to tell you about his favourite Broadway musical — “The Drowsy Chaperone.” He’s the ultimate Everyfan and “Drowsy” is his guilty pleasure.
As he begins listening to the rare cast recording, the show cleverly and magically blooms to life, telling the hilarious tale of a pampered Broadway starlet and her debonair fiancé, an overzealous producer, a dizzy chorine, the Latin lover and a couple of bumbling gangsters. Ruses are played. Hi-jinks occur. And the plot spins everyone into musical comedy euphoria.

Due to unforeseen circumstances, North Shore Music Theatre’s production of The Drowsy Chaperone has been postponed until 2017. Thank you to everyone who auditioned or expressed their interest in being involved, we hope you will all still be available in the near future!

Don’t fret though! We have an AWESOME production planned for the first half of 2016 – we will be announcing it very soon, so keep your eyes peeled!